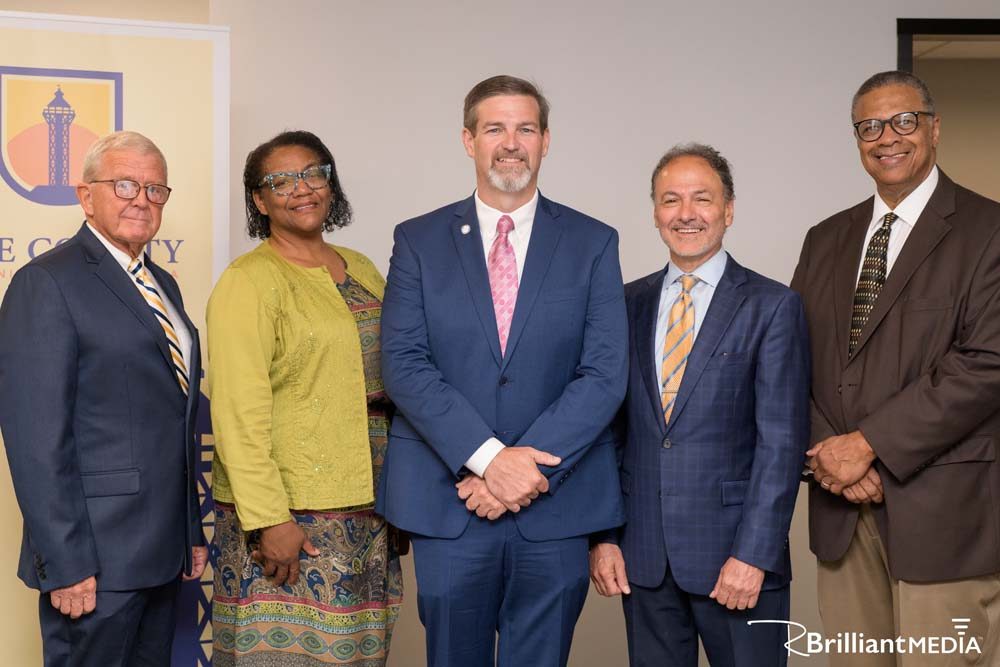 What a difference a year makes! As the axial tilt works its magic and steadily increases the length of our days, there is a change in the light that makes it clear that spring is really on the way. Of course, we still have several weeks of winter ahead of us, and my first Erie winter has shown me the lingering persistence of lake-effect snow, but February is just about in the books at the time of this writing. It’s the shortest month, but it’s also the coldest. With March tapping at the door, however, there’s a change in the vibe I’m seeing in our EC3PA students as well.

I realized this week that it was just about a year ago when I first saw a job posting seeking a founding president for a new community college in Erie, Pennsylvania. I was not on the job market when this posting happened my way, nor was I unhappy in my previous position. Something about this opportunity called to me, however, and I couldn’t stop thinking about it. I had visited Erie previously, but I had spent most of my life and almost my entire career in Illinois. I knew no one here, yet still I couldn’t stop thinking “what if?” It was that persistent tugging that eventually convinced me that, regardless of the outcome, I needed to try. The promise of what EC3PA could bring to Erie County residents was so exciting, and I felt drawn to try to be a part of that excitement. I sent in my application materials, and the rest is history.

I wonder how often the same inexplicable “what if?” calling reaches out to our students, prompting them to just click on the website and see what we’re all about. I would bet it happens a lot. One day, something is just different, and these students desire something else. They one day just decide to take a look, and the rest is history. This kind of seemingly insignificant decision that nonetheless changes everything is the best kind of student story. It’s the fulfillment of the opportunity that EC3PA offers.

Recently, I spoke to a student who is returning to school after many years in the workplace. His children are growing up fast, he told me, and they will be in college within the next decade. He always wanted to go back to school, but between career and family responsibilities, it felt impossible and far away. Then EC3PA happened, and he’s now actively working toward his next goal; moreover, he’s on track to finish his degree before his boys finish high school. We brought that opportunity close enough for this man to reach, and he grasped it with both hands. He’s running at it hard, and there’s no stopping him!

Another student I spoke to struggled academically all her life, and she was convinced that she was not college material. She felt like there were no options available to her given her financial situation and learning struggles, and yet, she still felt a desire to try. EC3PA made it possible for this young woman to work toward her dreams while providing the kinds of academic support that she has been lacking. Her refusal to give up coupled with EC3PA’s commitment to access has helped her gain some confidence in her own abilities and started her on the path to the career she’s always wanted to pursue. She’s on her way, and she will get there!

Seemingly small decisions can mean so much.

A year after taking that first step just because I couldn’t stop thinking about it, I’m sometimes floored by how much EC3PA has changed my life. I’m so proud to be part of an institution that works to change lives for the better. I know that many of our students feel that same sense of awe in doing something that, a couple of years ago, might have felt impossible. And I’m proud to see that so many Erie County students are actively pursuing their dreams with us.