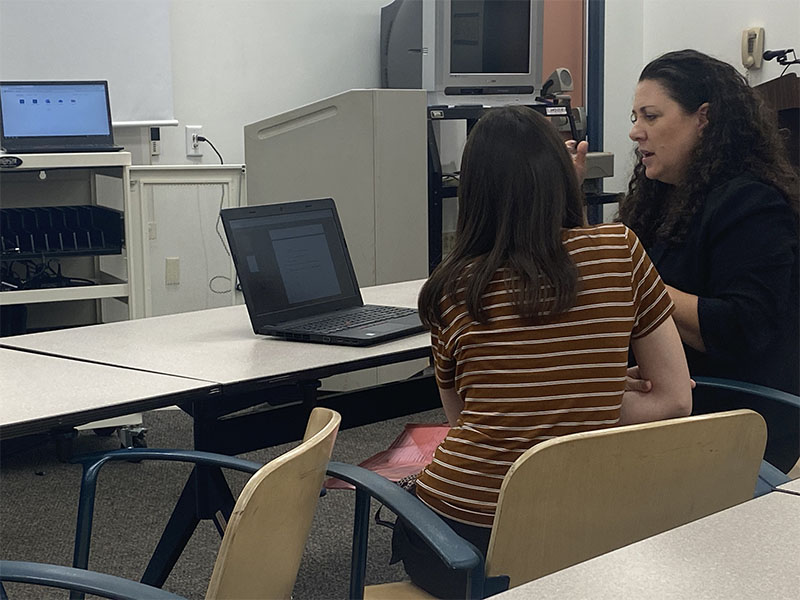 You may have seen this title and wondered to yourself whether you were about to embark on a deep philosophical treatise related to the NCAA, brackets, and March Madness. Unfortunately, no, I follow football and baseball far more closely than I do college basketball. Instead, the “Final Eight” to which I refer above are the final eight weeks of the Spring 2022 semester. Eight short weeks from now, we will wrap up the first full academic year during which we have been offering classes to Erie County residents!

Monday brings with it the inception of our final eight-week course session of Academic Year (AY) 2021-2022. This final condensed mini-mester offers students a chance to pick up another class or two before summer break. As I’ve explained before, these eight-week sessions necessarily move at a faster pace than do our traditional sixteen-week courses. They have to do so as we are literally covering all the material in half the calendar time. A course that would meet for ninety minutes twice weekly for sixteen weeks would then meet for three hours twice per week for eight weeks. We thus double the class session time and shorten the weekly duration. In doing so, we are maintaining the same amount of instructional time, albeit in larger single chunks, and delivering the same content that students would learn over the course of a traditional semester.

Someone recently asked me the benefit of the eight-week classes apart from the fact that they offer the flexibility of a later start date. That’s a big reason, particularly for students whose work and life commitments are such that they cannot commit to sixteen weeks at a time beginning in September and January, but it’s not the only reason. Shift workers, first responders, and healthcare workers often have schedules that change frequently, so smaller blocks of time make course completion more manageable.

Likewise, some students just find it easier to focus on one or two subjects at a time, and eight-week courses afford them the option to do so more easily. Rather than having to schedule, attend, and complete assignments for four classes over a span of four months, for instance, opting for eight-week courses permits students to schedule, attend, and complete assignments for two classes for two months at a time. During the course of a semester, a student could still complete four courses, but it could be done on a different timetable: two courses during the first eight weeks and two courses during the second eight weeks. Obviously, it’s more intense, but the ability to dig deep and focus on fewer subjects at once makes sense for some students and their specific learning needs. And as you’ve heard me say so many times before, we design our offerings to serve the needs of all students.

I should clarify here that there are necessarily fewer courses offered using the eight-week format; that said, we are committed to maintaining this model, particularly as we look to the coming summer semester. There are not sixteen weeks between the conclusion of Spring semester and the beginning of Fall, so a traditional semester is not an option. As a result, academic institutions have long employed some version of the condensed semester to allow students to continue their education and catch up, maintain, or jump ahead in their academic progress during the summer. We’ve just taken that model and repurposed it for year-round use.

As our students return from Spring Break in the coming week, I’m excited to see them return to us feeling refreshed and ready to take on the final weeks of the semester. I’m equally excited to see new students arriving — some for the first time — to kick off the final eight-week semester of AY 2021-2022. For these students, the switch to Daylight Saving Time, Spring’s arrival on March 20th, and the inception of an exciting new educational opportunity will all coincide over the course of the next week. I’m eager to welcome them to their educational home at EC3PA, and I know that we will do all that we can to help them achieve their educational goals. Hooray for the Final Eight!