Never Tell Me the Odds 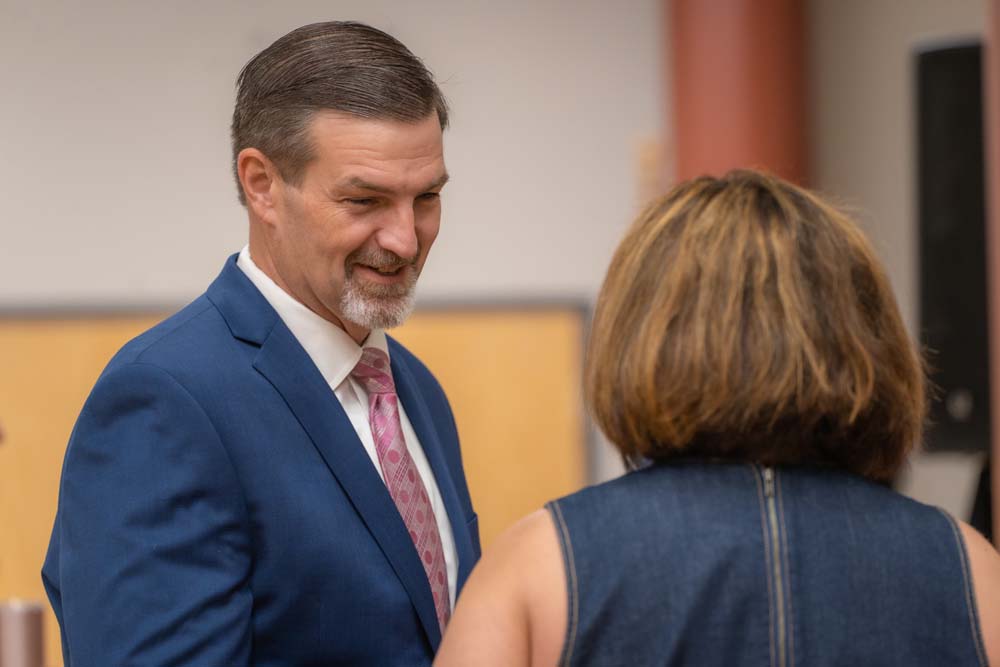 I grew up with Star Wars as a significant part of my childhood. The revelation of Luke Skywalker’s paternity in The Empire Strikes Back was a moment of true and utter shock to me; in fact, I might even go so far as to say that it was the most shocking moment in cinema up to that point. What most resonated with me in the Star Wars movies, however, was not so much Luke’s journey along the Jedi path. Rather, it was Han Solo’s reluctant heroism to which I related; he was the one who showed up and fought a fight that, at first, wasn’t his. I admired that very much. And when faced with almost certain failure, he responded “Never tell me the odds.” Refusing to believe that a feat is impossible somehow makes it possible for Solo. I love that approach, actually, and strive to apply it when I face difficulties that seem insurmountable.

Attending and graduating from college were feats that seemed impossible to me when I was a kid growing up in central Illinois. And yet, this past year marked twenty-five years since I graduated from Eastern Illinois University with my Bachelor of Arts degree in Theatre after completing my general education requirements at my local community college. As I’ve mentioned in previous blogs, my path to where I sit today is one that is unconventional at best given my background.

Recall that I am the product of working-class parents, and I am the first in my family to go to college. In education speak, I am a first-generation college graduate – or a “first-gen” – because neither of my parents attended college. College recruitment efforts focus heavily on trying to find these potential students because they are a historically difficult group to reach. Often, these potential students simply haven’t even contemplated college as part of their path; sometimes, they’ve been discouraged and told that “college is not for everyone.” Other times, they are simply unaware of the bevy of options that institutions like EC3PA provide. So they count themselves out and move on.

It doesn’t help that college is usually packaged in a specific way to appeal to a specific audience, all premised around the idea that you need to attend an expensive out-of-state four-year school with ivy-laden buildings to get a baccalaureate degree (at least) that will then prepare you to get a good job, to make a decent living for yourself, and eventually to enable you to support your family. Sure, that’s one path, but there are so many others, including career and technical education courses, certificates, and workforce development programs that prepare students for immediate employment upon completion. These paths are often invisible, and students need to be made aware of their existence.

To the uninitiated, as I’ve said before, higher education is a riddle wrapped in an enigma inside a puzzle. I often joke that higher education requires knowledge of a secret code to navigate successfully, and it can be overwhelming and intimidating to the uninitiated. Students need to know “how to college” before they even apply to college, and they often look to their parents for guidance. This can’t work with a first-generation student, however, as their parents have no frame of reference from which to advise.

By way of comparison, my boys are the children of two first-generation college attendees who went on to graduate. As such, their experience is necessarily different from that which their mother and I faced when we chose to enroll in our local community college. We have a frame of reference that allows us to help them with things like filling out applications, choosing classes, and applying for financial aid. First-gen students will need someone at the college itself to help, and we are committed to providing that assistance here at EC3PA. We need to start early. Even though we have not even finished the Spring semester or begun Summer, we have to keep our eyes on Fall 2022. We have to find those potential students and give them the opportunity to explore what EC3PA has to offer. And as ever, we need to meet them where they are.

To this end, EC3PA has increased its presence on social media in the past few months. After all, that’s where today’s potential students are most likely to find us. We have a YouTube, Facebook, Twitter, Instagram, TikTok, and LinkedIn presence. We’ve added merch so that our name has another way to become part of the community conversation. And we will be adding recruitment events as well. What we need, though, is for the Erie County community to help spread the word. Share what you know about us and our commitment to student success. Tell potential students that, even if they don’t know where to start, we do. We will help them take that first step, even if they feel like the odds are stacked against them, and we will help them at every step along the way. After all, it always feels impossible until it’s done, right?