Investing in Our Veterans 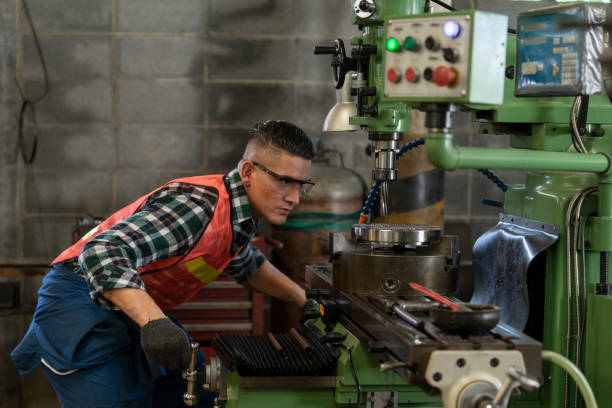 This week, we celebrate Veterans Day, a federal holiday established to honor the service of our men and women in all branches of the military. Permit me a moment to provide a super high-level review of the events leading to the establishment of this day, if you will, and how it helped to lay the groundwork for community college education much later on via the implementation of the G.I. Bill. What follows is an extreme oversimplification, but I promise, the background is important to establish context for this week’s post.

Originally designated Armistice Day to commemorate the end of the Great War — later to become known as World War I after the world entered into a second global conflict — this day of observance was officially celebrated under its previous name beginning on November 11, 1938. The choice of dates was important: the ceasefire that famously took place on the “eleventh hour of the eleventh day of the eleventh month” in 1918 was memorialized via a national holiday of remembrance.

The Great War was supposed to be the war to end all wars. It busted empires, redrew the map of the world, and left forty million people dead; those who returned home would become the fabled Lost Generation. And of course, it was not the war to end all wars after all; in fact, almost a year after the formal establishment of Armistice Day, Germany would invade Poland in September 1939, sparking the conflict that would become World War II. It would become a conflict even more deadly than its predecessor, and those who served during this war would become known as the Greatest Generation.

After the D-Day invasion at Normandy on June 6, 1944, a battle that would serve to turn the tide of the war in Europe, Congress enacted the first G.I. Bill less than three weeks later on June 22, 1944. Seeing a need to help returning soldiers transition to civilian life, their goal was to provide a range of benefits for military personnel when they returned home to help them reassimilate to post-war life. Soldiers returning from the Great War suffered greatly and were treated poorly; moreover, there were few support services available to help them transition back to civilian life. Learning from its mistakes, the US wanted to do better when its troops returned from World War II, and the G.I. Bill was one such measure. Community colleges would be another.

Famously, the G.I. Bill helped returning service members purchase homes, creating what we now understand to be the suburbs, and have access to loans to start businesses. It also provided educational benefits to service members wishing to pursue a college education or vocational training. Originally set to expire in 1956, the G.I. Bill has been renewed and updated, most recently via the Post-9/11 Veterans Educational Assistance Act of 2008.

Remember, though, that I left off above with the establishment of Armistice Day as a day of remembrance. Well, in 1954, President Eisenhower signed the proclamation changing November 11 into Veterans Day in an effort to acknowledge those who served not just in World War I but also in World War II and in the Korean conflict. His goal was to create a day of remembrance for all who serve their country militarily, and so Veterans Day was born. And today, we remember.

In a very real sense, the G.I. Bill is responsible for the meteoric rise of community colleges in the United States. It helped render education accessible to more than just the wealthy elites, democratizing access, as the community college system focused both on offering lower-level baccalaureate courses as well as career training programs. And our nation’s veterans have used their G.I. Bill benefits to pursue an education since the act’s inception.

Today, as we pause to honor all who have served our country and protected our freedoms, I wanted to acknowledge just what a blessing it is to be able to help our service men and women to pursue their educational goals. Their presence in our classrooms provides a breadth of experience that most of us will never know or understand. Their commitment to bettering themselves provides an example to other students, and their dedication is second to none.

During my second year of teaching, I had a Gulf War veteran in one of my introductory classes. This was a man who had served his country and earned his Purple Heart after being injured in the line of duty. Nearly a thousand service members earned Purple Hearts during that war, a war that spanned less than a year. This man was a few years older than I was, and he had seen things that I had never seen and would never see. His dedication to using his G.I. Bill benefits to pursue an education was beyond admirable. As his body healed, he began working to improve his mind and secure his future. He was there to learn, and he was a force to be reckoned with as he set and reached one goal after another. That’s what the G.I. Bill is all about.

Today, we pause to remember all who have sacrificed so much to protect the freedoms that we hold dear. That’s what Veterans Day is all about, after all, and we at EC3 want to acknowledge how grateful we are to our veterans. We also want to remind our student veterans just how much their presence enriches our classrooms and our institution. Mere words don’t feel sufficient, but I still think it’s still important to say this to all veterans: Today and always, thank you!