You May Ask Yourself…How Did We Get Here? 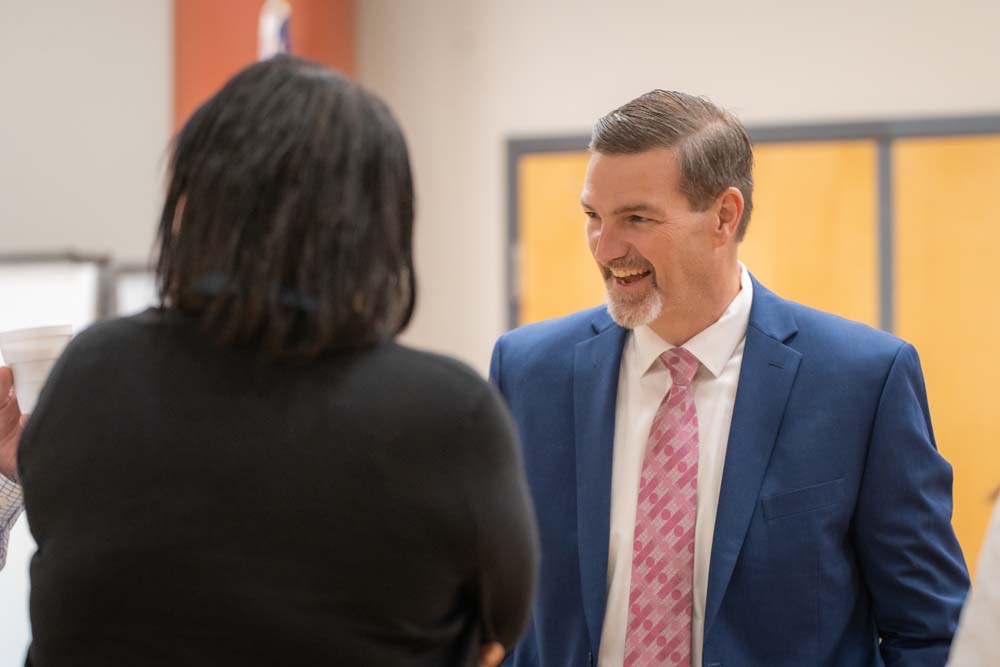 Despite being the fourth most populous city, Erie’s closest in-state community college is Butler County Community College, and it is located over one hundred miles away in Butler, Pennsylvania.  While Pennsylvania law stipulates that community colleges need to be located within commuting distance, Erie residents faced a long commute— an insurmountable barrier in many cases. This lack of accessible community college education was crucial in establishing and justifying the real need for a new institution of higher learning here in Erie.

In this case, it was a long, hard fight many years in duration.  Thanks to the work of Empower Erie and the tremendous support from the Erie County Council, we finally made it across the finish line in July 2021.  To put it most simplistically, it takes a long time to create an educational institution such as this.  As I mentioned in my previous post, my goal is to provide a just start to all EC3PA students; however, the origin of the idea to create EC3PA began long before Erie County was even on my personal radar.

After previous failed efforts, the proposal to found what has become EC3PA has its genesis in a June 2017 proposal submitted to the State Board of Higher Education in Harrisburg, Pennsylvania.  This fifty-four-page document examined the background of Erie County, provided an in-depth analysis of the proposed service area, and included research surveys and their results; in addition, it set up frameworks for financial operations, put forth the underlying philosophy and objectives that would govern the College, and determined its organizational structure.  In layman’s terms, it figured out what the college would be, who it would serve, and how it would work. We owe a great deal of debt and gratitude to the Empower Erie group who championed these efforts. Expect a future blog or two to chronicle this expansive journey to make EC3 come alive!

EC3PA had to wait several years from proposal to execution.  And just when the final vote to establish EC3PA seemed to be at hand in March 2020, the COVID-19 pandemic hit, and the process was delayed.  As the economy ground to a halt, businesses closed, and Zoom meetings became the new normal, the EC3PA founders were still hard at work bringing this dream to fruition.

Fast-forward to July 8, 2020, and the Pennsylvania State Board of Education officially voted to establish EC3PA by a vote of 10-5.  Yes, in the middle of a pandemic, this fledgling institution officially became the newest community college in Pennsylvania as well as the United States.   Bear in mind that, in July 2020, there were no COVID vaccines available or on the immediate horizon, and the infection numbers were still surging.  Supply chain shortages were in full effect, and the country was hoarding toilet paper.  Indoor dining was prohibited in most locations, and mask mandates were all part of what became known as “the new normal.”  People were in survival mode — living their lives just a day at a time and hoping for a return to the pre-pandemic status quo.

And here in Erie, something akin to hope was still bubbling up.  New opportunities for Erie County residents were being imagined.  And Erie County Community College of Pennsylvania was to be a part of the community’s history, a symbol that would come to be embodied in the Bicentennial Tower that now adorns the College logo. This already Herculean task became even larger as the founders began to transform this plan into reality as the pandemic raged on.  Decisions had to be made about campus location(s), course offerings, staffing models, and timelines. And at the end of the day, those decisions were made one after another, and here we are.

Admittedly, this is an atmospherically high-level overview of a long path that was full of many twists and turns, leaps ahead, and painful setbacks. The tireless efforts of Empower Erie have brought us this far —in a steady march toward excellence and empowerment.  Part of my personal mission, however, is to chronicle EC3PA’s story as it stands poised to make a life-changing impact on Erie County for generations to come.  To that end, I invite readers to share their stories and memories of our journey so that we can preserve them and share them with those who come after us.  We have the ability now to change so many lives, and our story is one that must and will be remembered.